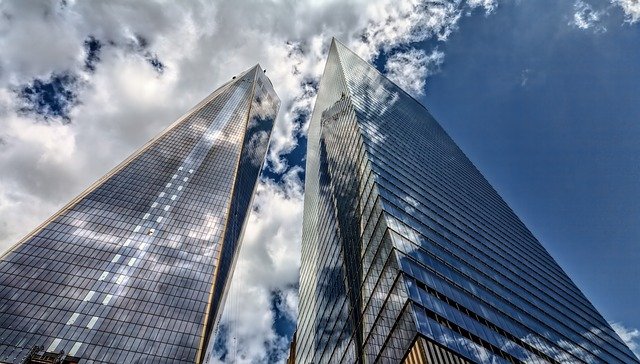 This pandemic has been easy on very few people. It seems that everyone is struggling to make ends meet while still remaining safe in the face of this dangerous virus. With small businesses closing on a seemingly continual basis, it can be incredibly stressful for those who are both working and operating entities at this time. Still, there are some things you can do to help ensure that you can keep yourself afloat and even thrive during this trying and unprecedented time.

Dean Elabbas, a Melbourne, Australia-based tradesman in the plumbing industry, has seen a massive spike in revenue for his twenty four hour plumbing business! Elabbas, a skilled industry professional, believes that the lockdown has greatly contributed to his sudden success that has taken revenue from around $100,000 yearly to more than $1,000,000 in a matter of months as Australians begin to focus on home improvements and repairing issues within their space in the face of the current pandemic lockdowns and limitations.

Elabbas has been quoted as saying, “I was very surprised with the results. We went from no calls, other than word of mouth recommendations, to receive 10 to 20 calls, 30 calls a week. We probably get 500 a month now.”

This is a seemingly unbelievable increase that has taken the small business by storm, launching it into an incredible tier of success. While the pandemic is to blame for the increased interest, Elabbas has said, “’I would say 99 percent of our work comes from our internet presence. You have to be there. Now I have a team of six plumbers to help me with the work,” in reference to how he connects with his customers and clients.

Starting back in 2013 at only 18 years old, Dean Elabbas began as a single person operating as an independent plumber. He did well enough, servicing a modest selection of homes within his local area on a regular basis and making around $100,000 per year during the better periods. Sometimes, money would get a bit tight between business expenses and everyday homelife costs, as it does with everyone now and again.

One day, eighteen months after he had started his business, Elabbas received a cold call that would change his life forever. He answered and, on the other end, was Small business marketing expert Sagar Sethi, a man with a plan that would turn everything around for Elabbas and launch him into successful waters.

Sagar Sethi is the owner and founder of a digital marketing company known as Xugar. As a business that works in providing services to small businesses that help create an internet presence and better market themselves more efficiently and effectively, Sagar Sethi and Xugar saw potential in Elabbas and his work.

Mr. Elabbas had previously lost a considerable amount of funds in another digital marketing company and was incredibly hesitant to invest more into another entity, especially one he had just learned about. With revenue varying and sometimes being lower than the aforementioned $100,000 per year, Elabbas was, justifiably, nervous about making the leap and trusting a company with his own business once again.

After some careful thought and consideration, Elabbas decided to take the leap and give Sethi and Xugar a chance after the company offered him an unlocked contract that he was free to leave if he did not see viable results within a reasonable period of time. With little to lose and the potential for some massive financial gains, Elabbas took the plunge and made the decision to begin working with Xugar to try and better his online appearance and digital marketing presence. He had guarded hopes but no idea exactly what was to come.

Elabbas has been quoted as saying, “’Within a year of working with them, we had doubled our income to $200,000.”

It is true. Within just twelve months of working with Xugar, Elabbas noticed his weekly work calls going from five per week, on average, to twenty-five a day because people could simply find his business more easily. This was accomplished from a search engine optimization campaign headed by Xugar to increase Mr. Elabbas’s standing within the Google search engine algorithm and make his business pop up as a search result much higher than before.

Elabbas explained it as, “We slowly progressed from two to three jobs a week, to six to seven, so I hired an apprentice, but over the years it just got bigger and bigger. The more we worked on our digital presence, the bigger we became.”

From a one-man show company headed, operated, and owned solely by Elabbas to the growing entity it was becoming, Elabbas soon had to hire an apprentice to help get the work done and ensure he could make it to all of his weekly job callings.

Then, soon thereafter, he began hiring more employees to accommodate the requested services for customers, totaling out to the current six employees in four utes.

This has continued through the COVID-19 pandemic. While many businesses struggle, the marketing done by Elabbas and the Xugar team has created a platform for his company to remain stable upon, despite the uncertainty that swirls in the world in almost all facets, including most industries. Elabbas has experienced incredible growth and is continuing to feel these effects, leading to more and more opportunities for his family and business, as a whole. It has truly turned his life around and given him the greatness he always sought.

Elabbas had run his company from a young age in the hopes of achieving great things. He had always aspired that he would become part of an empire and create something that could sustain himself and his future family for years to come, allowing them to live comfortably. With the help of Xugar, he is on top of this dream, achieving things he thought would take decades in just mere years.

He has said, “’It was a complete life changer. I’m pretty much running the back of the business, doing the quotes, and dealing with the customers over the phone. ‘I’ve been able to buy my own home, be able to get married, and now we have a child on the way. I wouldn’t have thought about it back then, but because the business has expanded I have become more financially stable.”

Elabbas is the textbook entry for success now. He has created something by himself with a little help from Xugar and their team. It has opened more doors than he ever thought possible and offered him unprecedented growth potential that has extended even into the current COVID-19 pandemic. Despite the stressors around us all right now, Elabbas is thriving and continuing to grow and expand his business, partially due to the digital marketing and search engine optimization campaigns carried out by Xugar concerning his business entity and its online presence.

While Elabbas is a case of extreme success, there are plenty of others out there that have experienced the same or comparable marked increases in revenue and general interest. The success potential is not exclusive to those with pre-existing businesses before the pandemic, as digital marketing has assisted in launching the careers of countless others despite the stressors we feel in modern industry climates. It is just a matter of finding a team that can help make your goals a reality and getting to work. Soon, you could very well be on your way to an incredibly successful business venture that can survive these harsh, choppy waters as unscathed as one possibly can.

Not a One-Off Case:

With the rise of the COVID-19 pandemic, more and more businesses are seeming to be launched from homes. Lay-offs and other issues have caused many workers to not be able to earn the same amount of money they are accustomed to and, with the pandemic making money tight all around, the stress is often rather intensive.

Using smart marketing strategies like what was done by Xugar for Elabbas’s business is a great way to market yourself and extend your brand’s reach further than normally possible since it opens the door for an entirely new range of potential customers and clients.

If you take a look at unemployment statistics for this year during the pandemic, the number of unemployed Australians rose rapidly. In May, it rose well above the one million marks, showcasing record highs in unemployment. This rise was seen due to the presence of the COVID-19 pandemic and its massive shockwave impact that occurred across many different industries. Places like retail and restaurant spots were hit the hardest, seeing extensive lay-offs and outright firings as businesses worked to cut costs in order to keep their doors open once the pandemic was over.

With more and more people at home and with time, soon, businesses began sprouting up. Landscapers, plumbers, freelancers, and more began to appear and become active within the industry as people worked to make ends meet and support their lifestyle. By August of 2020, the number of unemployed people began to fall, sinking to just above 800,000 in just a few months’ time during an almost unheard of decline.

While not all businesses are utilizing SEO and digital marketing, they could certainly benefit from it. People like Elabbas have seen increased growth even faster through using digital marketing companies and believe that the benefits certainly justify the cost of the overall service. Elabbas, alone, topped out his yearly income at a whopping $1.3 million dollars as of August and is continuing to see growth as the months continue to pass.

A Chance for Greatness

While so many people are struggling during the pandemic shutdowns that are happening worldwide, there is a chance to do something more with yourself. While not possible for everyone due to the risk, launching a business is a move being made by many currently in pursuit of a better income security situation.

Those who are chasing greatness and seeking out opportunity are widely doing so with the help of industry professionals who know how to effectively and efficiently market on a small and larger digital scale, creating an extended reach for those who are looking to contact new bases of customers and clients. With so much at stake, using a professional digital marketing or SEO company is an expense that is well worth considering and taking, as it can help ensure that you are able to make contacts where needed and excel within your given industry. While no SEO venture is a fully flawless process and will take some time, the growth potential is there and can make a massive difference in the interest and acquired clients and customers you have access to as an individual or business entity. For many, digital marketing is truly a game-changer, bring in more people to help create a strong, viable business.

SEO Vendor is a premium vendor of SEO and digital marketing services and tools that works to assist customers and clients in reaching their marketing goals and accessing a wider range of new individuals to potentially work with. Through SEO Vendor, you will receive expert advice and assistance in spreading your business and reaching those who need you most.

In such an unprecedented time where so much is unstable, SEO Vendor acts as a pillar of stability to begin building your business or expanding upon your current situation due to their ability to cater to marketing trends and increase your standing within search engines like Google by catering to their algorithms.

If you are looking to potentially increase your standing and reach new people, SEO Vendor is here for you. With an entire team of trained and experienced industry professionals at the ready, you are always covered while working with SEO Vendor!